You are here: Home / Archives / Affect or effect?

‘Affect’ is a verb. It means to influence something, e.g.

‘Effect’ is a noun. It means an outcome, i.e., the result of an action:

An effect of global warming is poorer air quality.

We are describing the result (‘poorer air quality’) of an action (‘global warming’).

‘Affect’ and ‘effect’ are often interchangeable

X has an effect on Y.

X is affected by Y.

These statements have the same meaning.

A quick reminder of verb tenses

Remember, only ‘affect’ is a verb, whereas ‘effect’ is a noun. The following table only applies to ‘affect’. For more information, see our blog Verb tenses in scientific manuscripts.

Quick ways to identify a noun

Remember, ‘effect’, as a noun, will likely be preceded by definite/indefinite articles, e.g., ‘an effect’, ‘its effect’, ‘the effect’ … etc.

The effect of resistance exercise on glycemic control in type 1 diabetes is unclear.

In this study, we focused on events of severe water limitation that affect ecosystem structure and functioning.

The potential difference between the model alloys and aluminum was ­­­affected by pH value.

We investigated the effects of temperature on thermophilic anaerobic digestion of cattle manure.

Global warming will affect the genetic diversity and uniqueness of Lycaena helle populations.

All cultivars grown were affected at approximately 5 to 35% symptomatic plants per field.

In this study, we examine the factors affecting biomass enzymatic reactivity.

The high molecular weight glutenin subunits were the most affected.

Aspirin has shown a protective effect in population-based studies.

Naturally occurring VHL mutations have been evaluated to determine their effect on HIF-a ubiquitination.

A favorable effect of high intakes of milk and yogurt has been suggested by a hospital-based case-control study.

In addition to its effect on p53 checkpoint function, deletion of p14AR7 also affects the expression of p27. 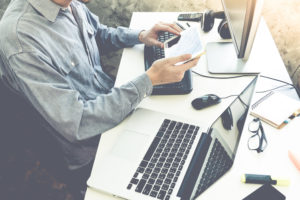 Reviewer: The English is not good enough for publication Author: Some of the reviewer’s comments were so badly written, how can he be a good judge of English! It’s true that many reviewers do not have English as their first language. Perhaps they found your English was difficult to understand, or perhaps they were afraid […]