You are here: Home / Archives / Tips for writing sentences about science

Say what you mean

For example, the sentence

The observed changes in the gut microbiota caused inflammation in the mice.

suggests direct causation. However, if this was an observational study, the two outcomes were probably observed to occur together, but direct causation was not demonstrated. If so, the sentence should be phrased as

The observed changes in the gut microbiota were associated with inflammation in the mice.

Pronouns are words that are used to refer to other nouns. Examples include it, which, this, that and they. The noun that a pronoun refers to should be made clear to readers.

For example, in the sentence

it is unclear what the word which refers to: streptavidin, biotin or the binding of streptavidin to biotin.

To clarify, the sentence could be rephrased as

For example, in the sentence

Whether the improvement means an increase or a decrease is unclear. This sentence would be better rephrased as

Nearly half a dozen studies have been performed.

to the more specific

Five studies have been performed.

could be changed to the more specific

Lung cancer is the primary cause of cancer death worldwide, accounting for 1.8 million deaths in 2018.

Our results showed that the compound had a significant promotion effect towards cell proliferation.

could be rephrased as

Due to the fact that we observed an obvious association between the agonism of PKC signaling and decreased glucose levels, it is tempting to speculate that PKC signaling may play a modulatory role in regulating gluconeogenesis.

could be rephrased as

The same information should not be repeated in adjacent sentences. For example, in

the second sentence could be deleted, because both sentences describe the same direct relationship.

Use sentence structure to guide readers

Place the topic near the beginning of a sentence, and consider making the topic the subject of the verb.

Structuring sentences in this way helps clarify the main topic of the sentence to readers.

suggests to readers that the sentence is about the treatment.

The symptoms were decreased by the treatment.

suggests to readers that the sentence is about the symptoms.

Refer to concepts that you have already introduced at the beginning of a sentence, and place new information at the end of a sentence.

Structuring sentences this way helps guide readers through the information presented across sentences. Referring to something that has already been mentioned at the beginning of a sentence helps readers understand how that sentence relates to the sentence before it. Placing the new information at the end of a sentence (which is sometimes called the “stress position”) emphasizes that information to readers.

For example, in the following sentences

Promising results in cancer treatment have been achieved through immunotherapy. Patients often do not respond to immunotherapy, and therefore it is not used as a first-line treatment.

The same information could be rephrased more clearly as

Immunotherapy has shown promising results in cancer treatment. However, immunotherapy is not used as a first-line treatment because patients often do not respond to it.

If you use comparative words (such as words ending in -er, more and less), be sure to specify what is being compared.

For example, the sentence

is unclear because the word higher suggests a comparison, but the sentence does not specify the comparison. The sentence should be rewritten to state both of the things being compared

Lung cancer has a higher mortality rate than pancreatic cancer.

or the comparative word (higher) could be rephrased as

Increase and decrease should be used to compare changes in values within the same group over time but not to compare differences in the values across different groups.

The baby’s height was decreased compared with the man’s height.

is phrased awkwardly and may incorrectly suggest that the baby and the man started out with the same height, and then the baby’s height decreased. Instead, what is actually meant is:

The baby’s height was less than the man’s height.

or, if phrased more directly,

The baby was shorter than the man.

This same principle applies to describing different groups in a scientific experiment. For example,

The androgen levels were decreased in the female group compared with the male group.

should be rephrased as

The androgen levels were lower in the female group than the male group.

But decreased can be used if a group is being compared to itself, e.g.,

The androgen levels decreased with age in the female group.

Descriptions of changes in terms of times, fold or percentage can often be unclear and should be phrased carefully.

For example, if a value increased from 100 to 300, the following descriptions could be used:

The value increased to three times the initial amount.

[Note: threefold or 300% of could be used instead of three times.]

The value increased by two times.

Describing decreases can also be unclear, because a onefold/1×/100% decrease would bring the level to zero.

does not make sense. It could be rephrased as

The insulin levels in the knockout mice were 10% those in the wild-type mice.

The insulin levels in the knockout mice were 90% lower than those in the wild-type mice. 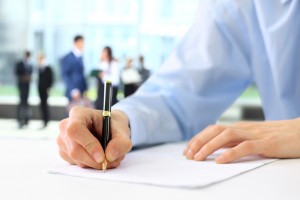 The Editor-in-Chief may deal with thousands of papers. He may not remember the details of your paper, and he certainly will not have the time to go through your revision line by line. Impress the Editor with your clear response. Tips on making your revision clear Convert the reviewer comments into a list Respond to […]